I’m Trying To Adopt A Dog, But The Way My Patience Is Set Up…

One day our walk to the babysitter’s house was interrupted by a loose Chihuahua. To the other kids this was a fun surprise. For me it was a moment of terror and panic. I had a crippling fear of dogs. I knew if I ran he/she would chase me. As I crept toward Ms. White’s house the hyper dog must’ve sensed my discomfort. Before I knew it I was running around in circles as the dog barked and chased me. It was like a never ending merry-go-round complete with barking and screaming. It was quite the show for the kids who weren’t scared of the dog. I was the joke of the day.

My fear of dogs lasted until I was nearly 25— a grown ass woman. The only dog I was comfortable around was Poo Bear, my grandma’s Shih-Tzu who was part of the family.

We never had pets growing up. My mom is allergic to pretty much everything so I’ve only had fish after my grandfather convinced my mom to let me get a fish tank.

All of my dog fears went out the window when I started dating a guy with a Pit mix while I was in grad school. His dog, Swag, was big. And initially I wanted nothing to do with him. “Don’t play with me!” I’d warn. “Put Swag in Deandre’s room.” But the more time I spent over Ex’s house the less realistic it was to put the dog up every single time. Who knew the solution to my fear of dogs would be to date someone with a big ass Pit? 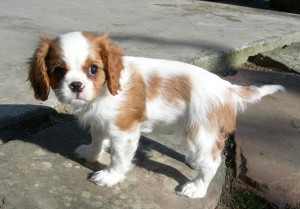 My dream dog. AKA Charlotte’s dog from SATC.

Five years since conquering my fear I’m ready to become a mom.

Last fall babe and I hit up a pet shop in the suburbs on one of our occasional trips to LI for the Cheesecake Factory. He wasn’t really serious about getting a dog for himself, but I was becoming attached to the idea. For about an hour we played with the few dogs I liked: small, cute, chill. We talked to the pet store owner about what breeds would be good for me as a first time pet owner. For obvious reasons I knew a Chihuahua was out of the question, or any dog with too much energy. I fell in love with a Cockapoo while he found a soft spot for a Beagle. But neither of us was ready to drop $1,500 that night so window shopping would have to suffice. 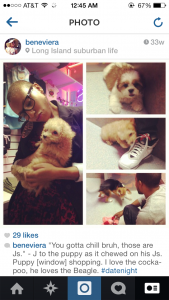 Until it wouldn’t. The idea of having a dog kept gnawing at me. Why not? I turned 29 this year, I’m in love with my brownstone apartment, I work from home three days a week (perfect if I need to train a puppy) and my finances are good.

For my personality and lifestyle it has to be a Cockapoo, Shih-Tzu or Shihpoo, King Charles Cavalier Spaniel, Maltipoo or maybe a Dachshund. I did my research. I already knew puppy mills were bad and found out dog breeders are also frowned upon. What I didn’t know was there’s a whole movement against buying dogs, especially from pet stores. An XO Jane contributor made a strong argument against people who buy pets considering the large number of dogs in shelters and rescues, and 5500 die in shelters every day in this country.

After reading almost every comment on the XOJ piece I’d decided I wanted to adopt from a shelter or rescue. I figured I could give a dog in desperate need of a home a loving one and save some money.

But there’s a caveat that isn’t really discussed: the tedious process. Before going in to the process I’ll mention shelters and rescues want to make sure the dogs find a “forever home.” Many of the dogs have had traumatic lives so the volunteers want to avoid dogs being brought back to the shelter by an irresponsible owner who didn’t consider the cost or amount of work it is to have a dog. I get it. With that said, these rescues and shelters are picky as hell. 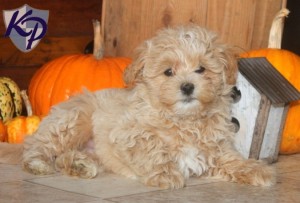 Let’s start with the fact that the specific breeds I want that will fit my lifestyle and work as me being a first time pet owner are not the kinds of dogs overflowing in shelters. Then there’s the sad reality that many of the dogs are already adults, have health issues, behavioral issues or all three. I saw a couple heartbreaking pictures of dogs with one missing eye. But determined to still adopt I plowed through 80+ pages on Petfinder.

I saw a handful of dogs that didn’t have behavior or health issues that could work. I put in an application with the adoption agency for a Shih-Tzu I really liked. The application was very detailed about work schedule, how you would train the dog, experience with pets, what you do for a living, your financial plan to care for the dog if it gets sick and more. Most agencies want three personal references as well as a home visit all before you get approved. Once you get approved you still may not get the dog you want.

On Saturday night I received this email. 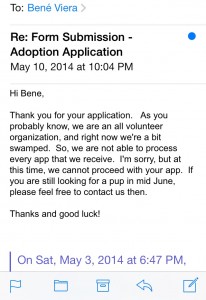 Sigh. I was prepared for this. A few of the commenters in the XOJ piece criticized the author for not addressing how hard it is to adopt. More than a few people had been denied up to seven times for either not having a 5″ fence or because they worked eight hour days. Excuse me? So working a full-time job could hender you from giving a dog a home? Yeah, no. That’s ridiculous.

I wasn’t sure if the email was an all out denial so I asked for clarification. She flat out said they were too busy to accept new applications right now, plus the dog I wanted has behavioral issues (which weren’t listed in his bio) so she doesn’t think we’d be a good match.

This is partly why people buy pets. Adopting dogs is not free. It can run up to $500. People are going to have an attitude if they’re paying half a stack to have a volunteer tell them because they work full-time they’re not suitable to be a dog owner. (That hasn’t been my case but it was something mentioned in the comments.)
People also want what they want when they want it.

While I may have the patience to go through 100s of pages searching for a dog, filling out an application, handing over personal references, waiting for a response, having a volunteer all up in my home, many people don’t have that kind of patience or time when they can walk in a pet store and 30 minutes later walk out with their new pet.

If so many dogs are being euthanized a day there has to be a smoother way to make sure the dog is being placed in a safe forever home and also that people trying to adopt don’t feel like they’re being vetted for the secret service or being denied because they have to work to make a living. The same living that affords them the lifestyle to pay for a dog’s needs.